There has been a phrase that has bothered me since Kaitlyn’s death when I hear some people talking about mental illness. But since Robin Williams’ suicide, I have heard it so much that I’m sick to death of it and it, quite frankly, upsets me. And what really makes it worse is that you hear so many mental health professionals even using it, not to mention all the news media people and personal friends of his. The phrase I am referring to is “inner demons” when someone is referring to the mental problems and pain or substance abuse that people go through. Example, “Oh he fought his inner demons so hard.” And many more such phrases.

I know that these people (most of them at least) do not literally mean that people with mental illness have a demon in them which is why they are suffering. But I can’t help that the phrase takes my mind back to the days of dark ages when people actually DID think people with mental illness had a demon in them. So it makes me cringe when I hear this phrase. My daughter Kaitlyn certainly did not have demons in her but did suffer an illness that led to her suicide. So I hate that phrase.

Soon after Kaitlyn’s suicide I learned very quickly that the phrase “Committed suicide” was an intolerable phrase to some as it sounds as if they committed some crime because the word commit or committed is often followed by a horrible offense. It actually means “to carry into action deliberately.” The word commit did not offend me as it did others but I soon realized its negative connotations and have since quit using that word in association with suicide and I can see why it is offensive. Once in a while I might accidentally use that word, but it is always an accident.

Another word that I dislike very much when some people discuss bipolar disorder and other forms of mental illness is “madness.” I think it a horribly harsh word and it reminds me of times when people were thrown into mental wards forever deemed “mad.” No distinct diagnoses then….just mad. Have we not come any farther than that? Even Kay Redfield Jamison who suffers from bipolar disorder herself, is a professor at Johns Hopkins Medical School and whose books are very informing on the subject often uses the word “madness” when referring to the disease. Maybe it’s because when she was diagnosed many years ago that word was often used for mental illness. But I don’t like it at all. But who am I to argue with Ms. Jamison who I very much admire….but still.

The name of the mental illness bipolar disorder has been changed in the not so distant past from the previous name of Manic Depression for one reason being (not the only reason) that the word “manic” often conquers up in people’s minds the word “maniac” and so on, which is not used much today thank goodness. So why can’t we abolish these other horrible terms such as “inner demons” and “madness” which are so out of date and causes many people to see mental illness as some kind of condition in which they are filled with demons and not the mental illness that it is.

I know my reflections and statements here might make me sound a little too sensitive about these words and phrases. But for me, I don’t think it sensitive at all. In order to change people’s views about mental illness, we, along with many, many other things, need to change our vocabulary. I think it’s important.

I think when I go see my psychologist this week if I told her I had “inner demons” and I’m a “maniac” and that is what my problem is, I think she would have a lot to say about that.

Inner demons!! My gosh it makes me think of the movie The Exorcist and mental illness should not be associated with words and phrases like that.

Below: Not a nice vision to me. This is what I think of when I hear “inner demons” discussed when people talk of inner struggles that many people have. 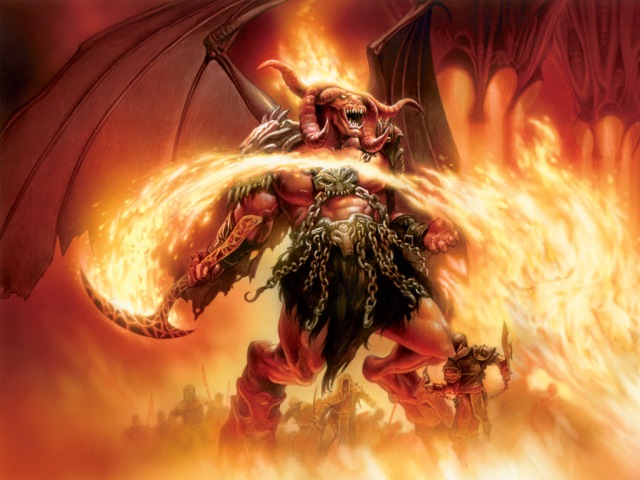 My name is Rhonda. I'm a registered nurse, for the last 20 years, that has not been able to work since the day I learned of my daughter's death by suicide 4-12-13. (She actually died 4-11-13 and her body was not found until the 12th) Me and my husband have been married for 32 years and he's a wonderful man. We grieve in different ways. He works, I write. This is my journey through this horrible land of losing a child..
View all posts by gatito2 →
This entry was posted in Uncategorized and tagged bipolar, death, depression, family, grief, loss, mental health, mental illness, suicide. Bookmark the permalink.